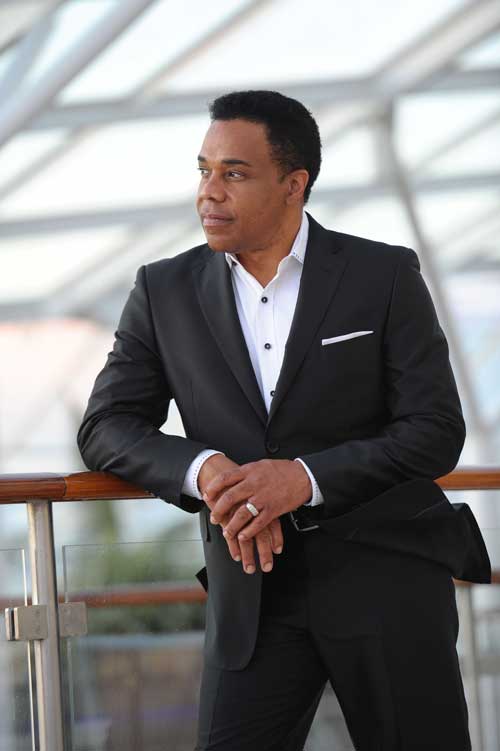 A multi-talented singer, songwriter, musician, dancer and actor, Earl Turner cannot recall a moment without music in his life. At the age of 13 Earl made his performing debut, was rewarded with a payment of fifty cents and was hooked. At 19 years of age Earl began pursuing his musical dreams traveling the U.S. with various show bands. Later, he began working as a front man and solo recording artist. In the mid 80’s, Earl had a Top 40 dance hit in Europe, “Love Caught You By Surprise.”

From the start, audiences and critics loved his act; an act made up “of songs that people can relate to, songs of any genre. I really like music that’s fun.” One critic wrote, “Earl Turner Live is an evening that you should not miss.” Another noted, “More than anything else, Turner wins over the crowd by working hard.”

Earl has performed at many major hotel casinos across the U.S. including Caesars Palace, The Showroom at the Rio All-Suites Hotel and Casino, The Paris Hotel and Casino, The Showroom at Harrah’s Laughlin, The Hilton Atlantic City. Harrah’s New Orleans transformed the Mansion Ballroom into The Earl Turner Theatre where Earl performed for 2 years. Over the years, Earl has shared the stage with Lou Rawls, Bill Cosby, Gladys Knight, Phillip Bailey of Earth Wind & Fire, Ron Tyson of the Temptations, K.C. and the Sunshine Band and legendary comedian George Wallace.

Earl has received numerous awards including the Las Vegas Review Journal’s “Male Vocalist of the Year” and was voted as one of the “People To Watch” by the New Orleans Magazine. He was also inducted into the New Orleans Music Hall of Fame. His charitable works include The Special Olympics, The Blood Center of Louisiana and Opportunity Village of Las Vegas. In January 2014, Earl became acting spokesperson for Easter Seals of Nevada.

Currently, Earl and his wife, Christine, spend their time traveling the world. Earl is a guest headliner for Royal Caribbean International between performing in Las Vegas, special events and concerts.

Earl is working on a new album, including a video and single, for release later this year.