A multi-talented singer, songwriter, musician, dancer and actor, Earl Turner cannot recall a moment without music in his life.

At the age of 13, Earl made his performing debut at the local American Legion Club. He played bass; his eight-year-old brother Darrell played drums. For three hours they played the same four songs and were rewarded with a hefty fifty cents. Earl was hooked. At age 19 Earl went on the road with a Chicago-based band, The Earl White Review, staying with them for nearly seven years. This would prove to be the training ground where Earl would learn the business of music and show business.

Fronting his own band from the early ’80s on, music took Earl to nightclubs and hotel-casino stages across the country, and one of his original dance tracks- “Love Caught You By Surprise”-hit the top 40 charts in Europe.

By the early 90’s Earl was performing on Las Vegas stages in legendary hotels such as The Dunes, The Sands, The Aladdin, and The Desert Inn. Earl had found his stage in a city that values entertainers more than any other. He would become a fixture at the Excalibur, the Luxor, Caesars Palace and the Rio where in 2001, the hotel took the almost-unprecedented step of successfully converting Earl’s lounge show into a ticketed nightly event, Earl Turner Live! He was a smash!

His talent and hard work won Earl ever-increasing audiences and – in a city where there’s so much outstanding entertainment – the Las Vegas Review Journal’s “Male Vocalist of the Year” award. After September 11, he moved into the Rio’s main showroom and, following that, in 2002, on to Harrah’s Laughlin. Again he was a smash. In 2004 Harrah’s New Orleans completed the $5 million renovation that turned its Mansion Ballroom into the Earl Turner Theatre.

Currently, Earl is performing and traveling the world as a headliner for Royal Caribbean International while still maintaining his residency in Las Vegas, the city he calls home. “This man is the real deal, every time out,” raves award-winning Las Vegas Sun Editor at Large John Katsilometes, calling Earl “one of the truly amazing live performers in Las Vegas.”

His upcoming projects include The Earl Turner Masterclass, “Showmanship,” a book titled, “The Journey” both to be completed late 2020. 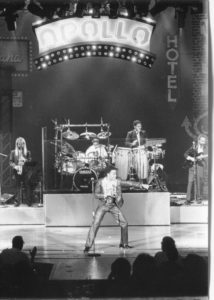 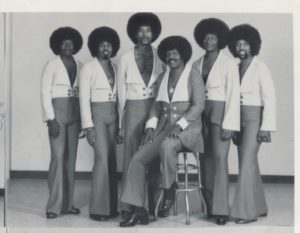 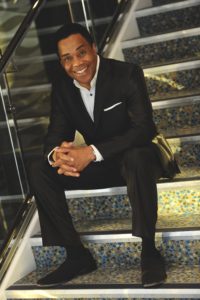